The 8 Best Road Races in Minnesota! 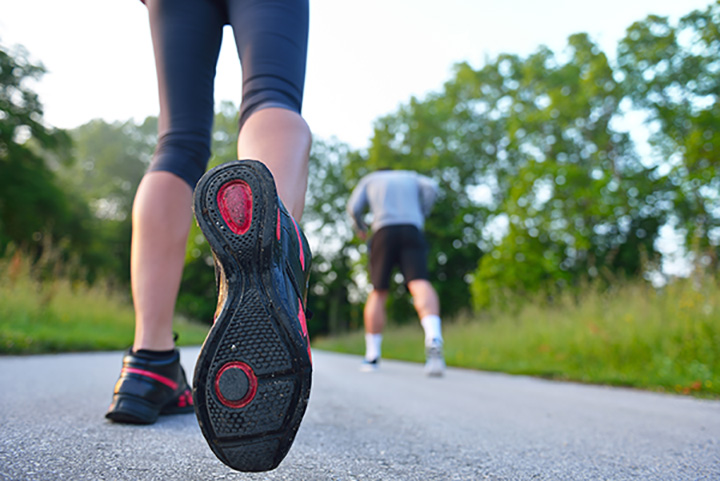 In spite of—or perhaps because of—the weather, Minnesotans love to run. With some of the country’s prettiest road races, the North Star State attracts runners from all over the country. Moreover, Minnesotans will turn just about any occasion into a reason to run a race. Here are some of the favorites.

The Twin Cities Marathon (TCM) is frequently called the "Most Beautiful Urban Marathon" in the country. Its route winds along tree-lined parkways, around lakes, follows the course of the Mississippi River, and passes some of the most historic homes in the Twin Cities—often as fall foliage is hitting its colorful peak. The marathon’s more than 12,000 annual entrants and elevation changes along the course also rank the TCM among the country’s 10 biggest and most challenging races.

The state's “other” big marathon is a 26.2-mile race along the North Shore of Lake Superior, from Two Harbors to Duluth. Long a favorite among Minnesota’s running community, Grandma’s Marathon attracts thousands of runners from around the world every June. The course is relatively level, with an overall elevation drop of just over 100 feet from start to finish, and extremely beautiful, with North Woods trees and lake views along most of the route.

Every year, up to 300 entrants relish the fall colors and relatively flat, paved course of the Bemidji Blue Ox Marathon. Cool temperatures and beautiful, North Woods scenery keep runner on pace in this race known for its fast finishing times.

A fall road race in the gorgeous St. Croix River Valley, the Stillwater Log Run offers 5K, 12K and 10-mile races along a winding, downhill course. Regardless of the race you choose, the finish line is just north of downtown Stillwater, at the historic St. Croix Boom Site, where timber sent down the river was gathered in the city’s logging days. The descending grade gives the Log Run its reputation as one of the country’s fastest 10-milers.

The Dick Beardsley Marathon is a USTAF-certified qualifying race, which means its scenic course around Big Detroit Lake (twice!) will attract plenty of runners from around the state and the country. Runners start the course by running counter-clockwise around the lake, then turn and retrace their steps clockwise to the finish.

Annualy in October, the Mankato Marathon starts and ends in downtown Mankato. With a few ups and downs along the way, the last portion of the race is largely downhill, descending to a flat course toward the finish line.

A race on paved trails (and stairs!) fully within the city limits of St. Paul, the point-to-point Urban Trail Run showcases the capitol city’s beauty on a course that starts at Battle Creek Park and ends at Flat Earth Brewing, where you can cool off with a local craft beer. Despite its urban setting, the course has considerable elevation changes (as much as 300 feet) as it winds up and down along the Mississippi River bluffs.

The Med City Marathon—named for Rochester’s renowned medical facilities, like the Mayo Clinic—starts a few miles west of Rochester. The course wends its way over rolling farm country and along Cascade Creek, past several lakes, and through a handful of neighborhoods before runners cross the finish line in downtown Rochester.

9:30 AM
Celebration of the Lakes, Lindstrom, MN
Learn More
Feb
12

Half Fast Half Marathon

8:30 AM
Riverview Intermediate School, Sartell, MN
Learn More
Show More
Select a Minnesota town to find
the Best Things-To-Do and Places To Go around you