The 10 Best Pho Restaurants in Minnesota! 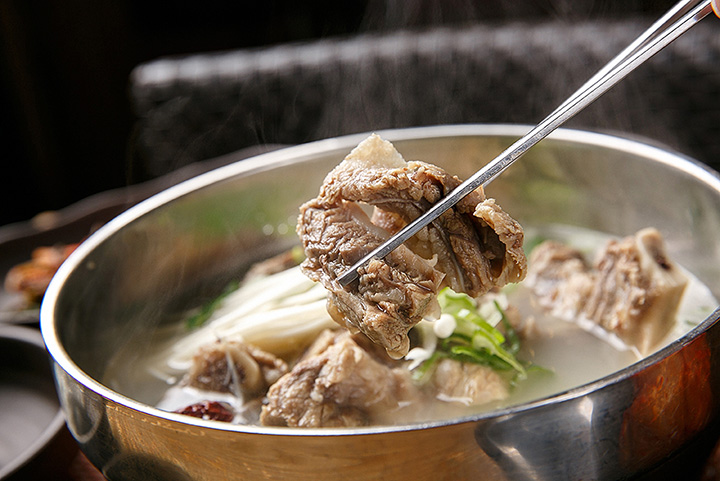 Sometimes all that’s needed to make your world right is a steaming bowl of noodle soup—especially if it’s garnished with fresh peppers and basil. Thanks to Minnesota’s significant Vietnamese population, you can find such soup—pho—in many places. These are our favorites.

My Huong Kitchen is one of the best reviewed restaurants in the state—and not just for pho. But pho is one of the the dishes for which they are best known. The specialty pho at this well-priced Eat Street hole in the wall is made with rare, lean beef, sliced meatball and all the noodly goodness you want in your soup.

Closer to downtown Minneapolis, in the Loring Park neighborhood, Lotus Restaurant has been a venerable Vietnamese favorite in the Twin Cities for more than three decades. They have several different types of pho, including a version made with stew (as opposed to clear) broth and potatoes. Bry the house specialty, with beef, chicken, meatball, and seafood.

iPho by Saigon has been a St. Paul standby for years. With its Frogtown location, it’s seen competitors come and go, moved and expanded. In addition to some of the best banh mi in the Twin Cities, the restaurant is also—as you might guess from the name—home to some phenomenal pho.

Not all of the great pho in the state is in the Twin Cities. Pho Chau – Chau Noodle in Rochester also has a serious pho game. The downside is that it’s, for all intents and purposes, the only game in town—which means it can get pretty crowded. But excellent service and delicious pho (try the seafood version) makes up for it.

In Minneapolis, Quang Restaurant is the place the put pho on the map. Sure, plenty of other places served it, but Quang is one of the first joints that people made a point to visit just for the pho. The large, bright restaurant still gets crowded—and rightly so: The pho is spectacular.

Once you settle into a booth at Gion Restaurant and have a big steaming bowl of pho in front of you, you’ll see what all of the hype is about. Gion easily has the best pho in the West(ish) Metro.

Pho 79, a definite favorite in the Twin Cities, has garnered a pile of accolades for its pho. Once you dip your soup into the tasty broth, you will see why. And since you’re at a place called Pho 79, that’s exactly what you should have: Pho 79, the house specialty with beef, flank, brisket, tendon, tripe, and meatballs. All the beefy goodness you could want in a single bowl.

Another Frogtown favorite, Trieu Chau Restaurant is a destination for St. Paulites with a need for noodles. The food is delicious, the ingredients are fresh, and the service is generally stellar. The space is a little small, so given its popularity, Trieu Chau can get packed.

Craving pho but stuck in an office tower in downtown Minneapolis? No worries, with its two skyway locations, Bep Eatery can get you your fix. Their simple formula is simple but effective. They sell four Vietnamese street foods. You pick the protein, fixins, and sauce. Their pho is pretty standard—beef or chicken—but it’s fresh and tasty (and you don’t have to go outside to get it).

Vietnam House Restaurant in Brooklyn Park is a hub in the Twin Cities’ Vietnamese community. The large space often hosts celebrations like wedding and birthday parties. And you know that if community gathers here, the food is authentic and delicious. Their pho is no exception.