The 10 Best Doughnut Shops in Minnesota! 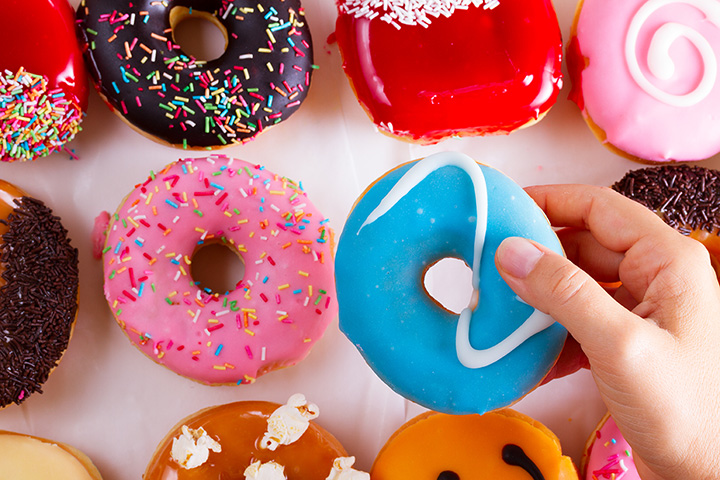 Sometimes, nothing can satisfy a sweets craving like a doughnut. Minnesotans love their doughnuts, and the culinarily creative folk of the state have become supremely good at making them. Here are some of our favorite places to munch on those little rings of deliciousness!

Glam Doll Donuts opened with a bang on Eat Street and generated enough buzz to open a Northeast Minneapolis location this year. While none of Glam Doll’s offerings could described as “simple,” pretty much anything they make can be described as “delicious.” With rotating daily offerings—The “Glam Doll” changes—and festive thematic doughnuts to celebrate holidays and special occasions, this shop keeps folks coming in for both breakfast and late night desserts.

Johnson’s Bakery got its start in 1946. They still use many of the same recipes that have made generations of Duluth’s citizenry happy. Their selection of doughnuts is neither large nor fancy, but it’s consistent and delicious. The applesauce and cinnamon sugar doughnuts are particularly tasty.

Mojo Monkey Donuts is an extremely popular shop in St. Paul’s West 7th neighborhood. Their doughnuts are made fresh overnight and often sell out the next day (they close once the doughnuts are gone and start all over again). All of their products are deliciously made from quality ingredients, but there’s something about the whimsical mango glazed raised doughnut with organic coconut that makes our mouths water.

With award-winning doughnuts that earn statewide recognition, Hanisch Bakery and Coffee Shop is small-town business with a big reputation. Although their offerings go way beyond doughnuts. Yet, the almost five dozen varieties of doughnuts they make on a daily basis have kept folks coming through the doors for more than half a century.

Mel-O-Glaze Bakery is a South Minneapolis institution. Back in the days before fancy doughnuts were all the rage, Mel-O-Glaze was sending customers home with happy, sugary-shiny smiles. Their oversized, ultralight glazed donuts have delighted generations, so why change the recipe? Exactly.

Although the name implies a certain less-than-typical-Scandinavian humility, World’s Best Donuts must have something going for it: It’s been in business for more than half a century. Visitors from around the world stop in to munch on a delicious torus, sign the guest register, and poke their heads out of the plywood Viking cutouts for a snapshot. Arrive early to get your hands on one of the blueberry cake doughnuts. You won’t regret the loss of sleep.

Bogart’s Doughnut Co. got its start as a popular stand at the Kingfield Farmers Market in South Minneapolis. Now its two retail locations have folks lined up out the doors for the likes of Nutella-filled, lavender cake, and vanilla bean buttercream-filled doughnuts.

Although it already has two locations—one in Buffalo and one in Monticello— Moon Donuts is a relative newcomer on the Minnesota doughnut scene. But it’s already made quite a splash. The apricot-filled doughnuts are a tangy delight, while the strawberry doughnut with sprinkles would set Homer Simpson’s mouth to watering.

Although Sarah Jane is no longer the proprietor, this popular bake shop in Northeast Minneapolis has been serving folks their morning doughnuts (and coffee) for nearly 40 years. This is another of those classic bakeries that doesn’t have a huge selection or try to make abstract art from their doughnuts. Rather, they are specialists and make their products extremely well.

Another winner of WCCO’s annual “Best Doughnut” viewer poll, Bloedow’s has been a Winona favorite for decades. Bloedow’s boasts a regular rotating schedule of filled doughnuts, but don’t fall for the fanciness. They take a basic cake doughnut and turn it into slightly-crispy, simple perfection.