The 9 Best Delis in Minnesota! 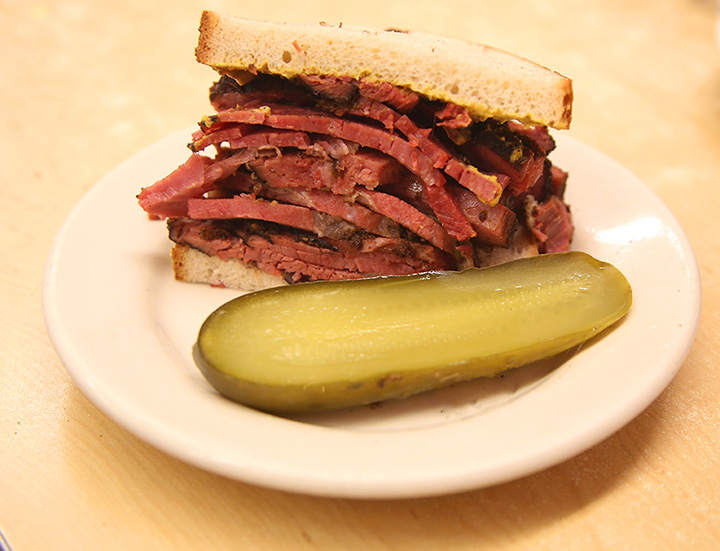 When you walk into a deli, the aromas are unmistakable—fresh breads, meats, cheeses, salads—you know exactly where you are. It doesn’t matter what kind of deli it is, Italian, Polish, Kosher, the smells announce, “Deli!” and your mouth starts to water. Here are some of the best places to nosh in the North Star State.

A Highland neighborhood fixture for decades, Cecil’s is a classic deli. As you walk into the small grocery and deli counter, the aromas of brine and baked goods give wrap you in an olfactory hug. Head to the small coffee shop in the back to order off the menu—try the spicy Reuben—then grab some pastrami and a loaf of Russian rye from the counter to take home with you.

Emily’s has been a Northeast favorite for generations.All the Middle Eastern dishes are fresh and house-made. The stuffed grape leaves have just the right amount of citrus to give them a perfect tang, but the kibbi is what keeps folks coming back. Don’t leave without a Greek coffee and a wedge of baklava.

If you mention sausage in Minneapolis, the conversation will almost always turn to Kramarczuk’s. This venerable Polish deli in Northeast serves up the Twin Cities’ most beloved links. Don’t settle for the kielbasa, alone: Grab some fresh poppyseed bread and a quart of borscht before you head home.

When they make the lox from salmon that they smoke on premises, you know a deli’s got some serious cred. And that’s just what Northern Waters does. More Scandinavia than Lower East Side, the Smokehaus has what is probably the best, and definitely themost eclectic, collection of sandwiches in the Northland.

The family behind the Sunrise Deli’s food has been feeding the folks of Hibbing for more than a century. Specializing in Italian and Middle Eastern foods, Sunrise is the best nosh on the Iron Range. The chicken shawarma and the savory mujaddara make this deli a destination.

While they’ve recently added a posh sit-down Italian restaurant and trendy rooftop bar, Cossetta’s has maintained the core of the business that's made it beloved destination for generations of St. Paulites: Its deli and grocery. Pick up authentic, Italian meats, cheeses,and pastas in the Alimentari. Then grab an

City Market is the go-to for hearty sandwiches and fresh salads in Downtown Rochester. For seven consecutive years, its been named the city’s best deli. City Market has also won a “Best Sandwiches in Rochester” survey many times. Call us purists, but we can’t stop going back for the pastrami and Swiss on rye.

Crossroads has taken the deli concept and upscaled it a bit. The restaurant takes up considerably more space than the counter, but the house-baked breads and pastries, along with Crossroads’ take on classic matzo ball soup are available for dining in or taking out. The pot roast sandwich is killer.

For 30 years, Beno’s has been feeding folks in Southeast Minnesota’s river towns. The deli started in Lake City and had a Red Wing location, but today, it’s located in the historic Old City Hall building in downtown Winona. This popular eatery serves up a combination of traditional and Italian-style deli sandwiches, along with soups, salads, and sides. It’s tough to go wrong with the Ricky Ricardwich, Beno’s take on a Cuban sandwich.