The 8 Best Bookstores in Minnesota! 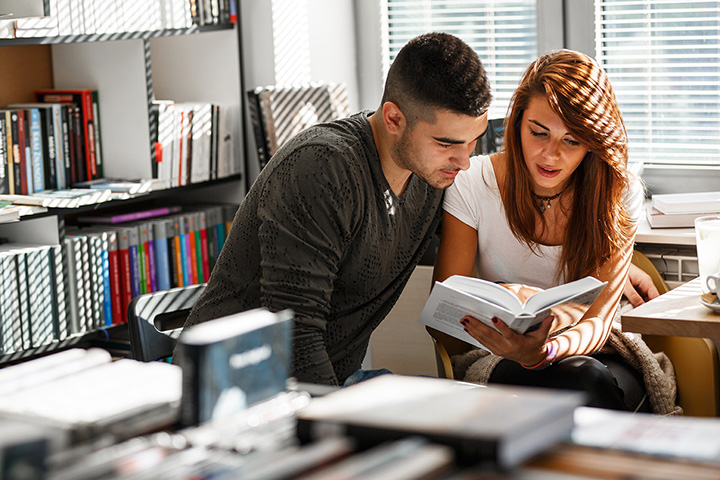 Minnesota has produced more winners of the Nobel Prize for Literature than any other state: Two, to be precise. That particular bragging point, along with a stellar education system, has resulted in a populace that loves its books. New or used, fiction or non, books have a hold on the the hearts of Minnesotans. So, it’s no surprise then, thatsome awesome independent booksellers have set up shop in the North Star State.

Tucked into the Kenwood neighborhood, a couple blocks west of Lake of the Isles, Birchbark Books and Native Art has the best pedigree in the state: It was opened and is owned by National Book Award winner Louise Erdrich, a long-time Minnesota resident. Despite its relatively small space, Birchbark does a wonderful job catering to adults and children, alike, in its airy space. Most importantly, its beautifully-curated selection rarely leaves customers disappointed.

This bright and friendly bookstoreis attached to a coffee shop, and shares a block with a brewery, a winery, a yoga studio, and a co-op market. It also boasts comfy chairs and St. Croix River views—if you can think of a reason to leave Valley Bookseller, you’re doing better than we are! Itsselection is a little on the small side, but the breadth of subjects makes Valley Bookseller a destination for weekend tourists and Stillwater natives, alike.

This spot in the Linden Hills neighborhood is more than a kids’ bookstore: It’s an adventure unto itself. The main entrance has a kid-sized door built into the larger door, and some of the first things you’ll notice when you walk into this big and bright bookstore, are the free-ranging cats and chickens that prowl the Wild Rumpus. Other creatures have homes throughout the store, among the selection that ranges from board books to young adult and educational media.

A partnership of the Loft Literary Center, Milkweed Editions, and the Minnesota Center for Book Arts, Open Book is a nonprofit bookstore that highlights the works of local authors and offers space for them to collaborate and share their works. Three floors of books and spaces are open to the public, and inviting to anyone who loves books.

The Bookhouse in Dinkytown, Minneapolis, MN

Now occupying multiple rooms on the second floor of the Dinkydale building, The Bookhouse has been a fixture on the edge of the University of Minnesota campus for decades. It’s easy to lose track of time, wandering among shelves upon shelves of used books on subjects ranging from Hank Aaron to zoology and everything in between.

The Bookstore at Fitger’s, Duluth, MN

Located on the lower level of an historic-brewery-complex-turned-mall, the Bookstore at Fitger’s is an independent bookseller that specializes in regional books from and about Northeastern Minnesota. In case books aren’t enough of an attraction, the Bookstore also carries toys, greeting cards, and candy.

Recently voted the “Best Bookstore in Minnesota” by WCCO-CBS viewers, Books Revisited is 12,000 square-feet of used books and has been making St. Cloud readers very happy for a quarter century. Few independent bookstores—new or used—are this big anymore, and the musty book smell and creaky wood floors are like a breath of fresh air on a springtime walk.

The biggest independent bookseller in the Twin Cities, Magers& Quinn has anchored its corner of Uptown since the early 90s. Not only does the store boast a wide selection from local authors, it carries new, used, and collectible books in its massive, two-story location.