The 9 Best Places for Appetizers in Minnesota! 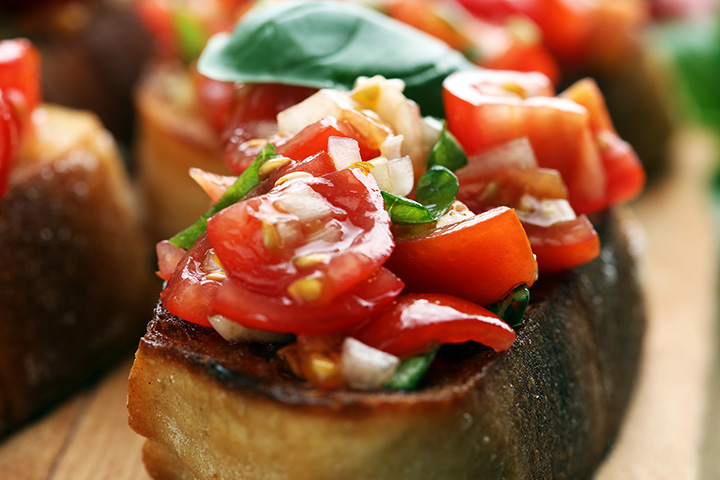 Sometimes the best meal is a collection of small plates. You don’t have to commit yourself to one big portion of a single thing—instead, you can delight your palate with the flavors of many different dishes. Enter: The appetizer. These perfect pre-meal options sometimes truly steal the show. Here are the 9 best places to get them in Minnesota!

For being almost as geographically far from saltwater as is possible in North America, Smack Shack’s menu is decidedly lobster-centric, and its apps are no exception. How about lobster poutine or lobster guacamole? Not feeling the lobster? Try the king crab dip or fried green tomatoes.

In Duluth, appetizer lovers head for Canal Park and the Lake Ave. Restaurant and Bar, where they’ll find plenty of eclectic small plates to enjoy before or in lieu of dinner. Tuck into a capers éclair, an order of the dates with bacon and bleu cheese, or the house made pita with a trio of sauces.

In Rochester, the place to go for a good variety of inspired apps is Chester’s Kitchen and Bar. You will not be disappointed by anything from beef and blu fondue or the Minnesota “caviar” to the Brie cheese curds. What could be better on a freezing Minnesota winter evening than a warm cornbread skillet with maple butter? Not much, I tell ya.

The Gnome is a pub-style establishment that is known for one of the best beer selections in the Cities. But they do not rest on their laurels when it comes with pairing those brews with snacks. Yes, you can get wings. But you could also have steak tartare, short rib egg rolls or broccoli-and-cheddar tater tots.

When you’ve got one of the best happy hours in the city, you know you have to have bring your “A” game to the appetizer menu, and The Lowry does not disappoint. In addition to its top-notch raw bar, The Lowry excels with small plates, such as salmon meatballs and blistered green beans.

Saint Dinette’s menu consists almost entirely of appetizers/small plates that are designed for sharing and to be eaten in quantity. Try the escargot hush puppies, the octopus with chorizo and rice or the salt-cod churros. Or you could just have a fried bologna sandwich with American cheese and pickles if you’re feeling nostalgic for 1970s childhood (or the one you wish you’d had).

As strong as the Eli’s Downtown app game is, Eli’s East has it beat. What the East location lacks in atmosphere, it makes up for with pork belly sliders, spicy avocado-feta salsa and shrimp-and-scallop ceviche. After checking out the appetizers, you probably won’t even notice that the menu continues.

Jimmy’s Kitchen and Bar is a stalwart of the Southwest Metro appetizer scene. It’s location in a major office park makes it a popular after-work destination, which of course leads to an awesome happy hour. Many of the happy hour specials are culled from the regular menu appetizers—but show up early or late to see the special editions. The pot roast sliders and lobster deviled eggs are awesome!

Since 2005, 112 eatery has been one of the most popular Twin Cities restaurants among service industry professionals. Why? Because their full menu is available until closing time and it’s chock full of delicious, creative, refined and well-priced appetizers. Personally, I’d put their bacon, egg and harissa sandwich up against just about any other dish in the Twin Cities—big or small.