The 10 Coolest (and Most Unique) Hotels in Minnesota! 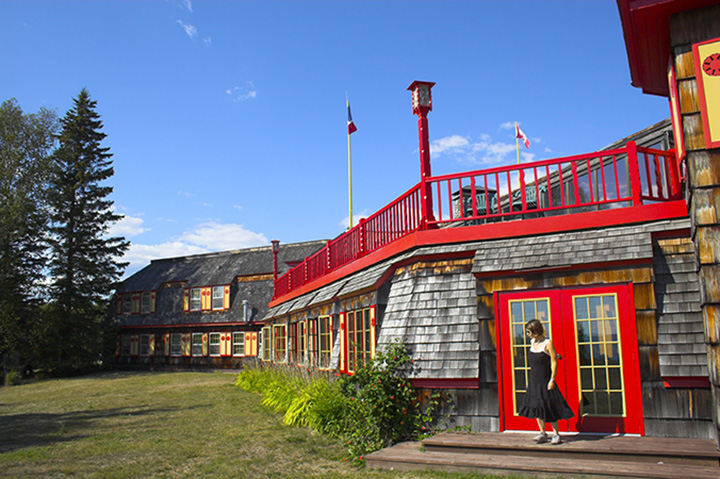 Train aficionados and nature lovers, alike, will appreciate the Northern Rail Train Car Inn. Located on Lake Superior’s North Shore, this unique inn is a short drive from some of Minnesota’s most popular state parks, like Gooseberry Falls and Split Rock. What makes Norther Rail a little bit different is that its 17 rail-themed guest rooms are made from retired boxcars.

While Prothero’s Post may seem like your typical Lake of the Woods fishing resort, it’s actually pretty unique: It’s the northernmost resort in the contiguous United States. Situated on the Northwest Angle, surrounded by Canada on three sides and water on the other, Prothero’s can thank a 19th-century surveying error for it’s one-of-a-kind location.

The only full-service hotel in the Minnesota State Parks system, Douglas Lodge is a 12-room inn on the shores of Lake Itasca. Not only is Itasca Minnesota’s oldest state park, it’s eponymous lake is the headwaters of the Mississippi River. While the lodge is open year-round, its restaurant and café only operate from May through October.

Preston’s Jailhouse Inn is a 12-room country inn located in the former Fillmore County lock-up. The historic brick building once housed the jail, sheriff’s office and living quarters, as well as a courtroom. Now, the inn’s rooms are named for the sheriffs that served the county while jailhouse was active, and include the former “drunk tank,” along with a bridal suite that was part of the former upstairs cell block.

Founded as an exclusive club in the 1920s, Naniboujou once claimed members like Jack Dempsey and Babe Ruth. It’s location a few miles from the Canadian border also made it a rumored hangout for the era’s bootleggers. Named after the Cree god of the outdoors, Naniboujou’s interior is designed with Native American and art deco influences. It’s soaring, brightly-colored great hall is meant to resemble the inside of a canoe. The motif has been carried on to other parts of the lodge. The 1929 financial crash put the club in dire straits, but it eventually emerged as a seasonal (May-October) lodge. Today, Naniboujou is on the National Register of Historic Places and is a renowned escape for those who need to unplug. No TVs, phones or Wi-Fi mean that you’ll have to find a screenless way to entertain yourself. Hike the Brule River or relax with a book on the lodge’s Lake Superior pebble beach.

A small, five-room inn on Excelsior’s Water Street, The Birdhouse Inn is the only lodging available on Lake Minnetonka—the biggest lake in the Twin Cities metro area. Its proximity to Minneapolis-St.Paul and its location on one of Parade Magazine’s “Best Main Streets in America,” make the Birdhouse Inn an attractive getaway for Twin Citians who need a break. Breakfast is included in the room rate, as is a complimentary glass of wine.

A seasonal (May-October) resort on a private island in Lake Vermilion, Ludlow’s Island Resort offers a luxury North Woods experience. Guests can head to the island in their own vessels or choose to be shuttled from the mainland in the resort’s classic Amphicar—a convertible that can drive off a street and into the water. Among the resorts chichi accommodations is the Dreamcatcher, a four-storey treehouse set among the island’s pines and poplars.

Minnesota’s burgeoning craft beer scene makes it a beer-lover’s Mecca. But the only hotel (so far) that is attached to a brewery is the historic Fitger’s Inn. Built into what was once a former—but now active—brewery, the hotel is part of a shopping and entertainment complex that houses other restaurants and shops on the shores of Lake Superior. Even in the coldest winter months, guests can walk from their lakeview rooms to Fitger’s Brewhouse with no need for even a light jacket (or a taxi).

While the Covington Inn is really more of a bed-and-breakfast than a hotel, it’s undeniably unique. The inn’s four guest suites are located in a renovated towboat, moored across the Mississippi River from downtown St. Paul. One of only a few in the country, the Covington is Minnesota’s only floating inn. Its central location combines gorgeous skyline views with the serenity of life on the river.

More than 15 miles from the nearest road, the Kettle Falls Hotel is seasonal (May–November) and only accessible only boat. Built on the Canadian border, just before Prohibition, the hotel was once a popular hub for bootleggers to peddle their wares or exchange them for fish. Now within the boundaries of Voyageurs National Park, Kettle Falls Hotel is surrounded by deep North Woods beauty and provides gorgeous getaways to folks looking to explore the park’s water-based way of life.