The 7 Best Sports Bars in Minnesota! 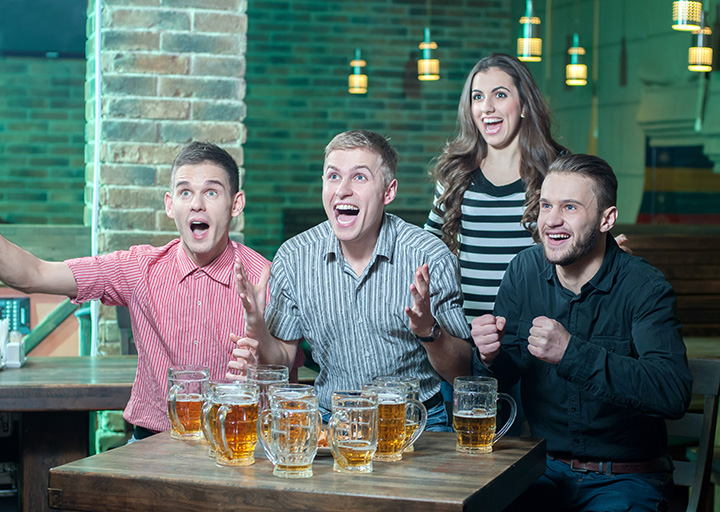 Minnesotans love sports—from high school, to college, to the pros. But you can’t always make it to all the games, or maybe you need a place to gather with friends or like minded-fans before heading over to the stadium. That’s what sports bars are for. Here are our favorites.

Whether you’re watching the Vikings, the Twins, the Wild, the Lynx, or any other team, Bunny’s is the spot to do it. Frequently singled out as one of the state’s best sports bars, Bunny’s is a venerable St. Louis Park fixture to which sports fans have flocked for decades. When you catch a game at Bunny’s, you’re soaking in the atmosphere of the joint as much as the action on the screen.

When you walk into The Garden in Duluth, you will not mistake it for anything other than a sports bar—and a really big one, at that. They claim that if your game is televised, they will have it. So go in, grab a beer and put their cable package through its paces.

With its 20, high-definition 50-inch screens and a robust collection of sports packages, there’s no better place to watch sports in Mankato than Rounders Sports Bar & Grill. They have plenty of apps and taps and even serve breakfast if you want to get an early start on game day.

Whether you’re heading to a Twins, Wolves, or Lynx game, or just looking for a spot to watch from, Darby’s Pub & Grill is great place to do it. The bar has plenty of TVs inside, an awesome deck, and one of the best happy hours in the Warehouse District. Four words: bacon-wrapped tater tots.

Billy’s has an awesome patio. But sports fans may not have noticed it because the sheer number of screens inside this sprawling bar and restaurant have them transfixed on any given event on any given day. No matter, beer has vitamin D, doesn’t it?

Sports fans in the St. Cloud area can head to Ultimate Sports Bar & Grill and, with the bar’s extreme satellite package, find just about any game they’re looking for. Daily specials and events like meat raffles and happy hours will keep even the shortest of attention spans occupied.

Alary’s is one of the city’s most venerable sports bars. While the bar is generally geared toward fans of Chicago sports teams, there’s always plenty of other sports programming on its many TVs—especially during hockey season. Wild fans flock to Alary’s before games at the Xcel Energy Center and take advantage of the bar’s free shuttles to the arena. Fans who hang back can enjoy the games from the comfort of their barstools.