The 6 Best Speakeasies in Minnesota! 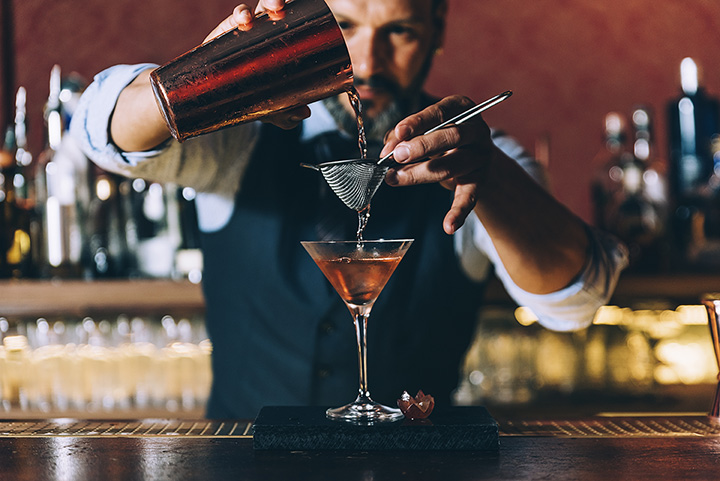 The swanky speakeasies of Minnesota, with inspiration from those of decades’ past, offer a unique bar-going experience. Find creatively-crafted cocktails and a secretive atmosphere—some so secretive that you may need a password to get in! Here are our favorites in Minnesota.

To find the Velveteen Speakeasy, you need to leave Stillwater’s Main Street, look for an old shoe warehouse, search for a curtain that contains a Rorschach-y pair of back-to-back bunnies, walk down a dark staircase, past a creepy-sounding Victrola… and then choose the right door to open. It’s not quite as hard to find as it sounds, but it can be a challenge the first time. But once you’re inside this chic cocktail bar, drink in hand, you won’t want to come out of the rabbit hole for quite some time.

This one is a tough one. We promised no passwords, but you will get the runaround when you try to go through the photo booth and into the speakeasy, er… furniture store—that’s it, furniture store—on top of Stanley’s in Northeast. Stanley’s can get away with it because they already have a bar and restaurant that is a going concern, so they can afford to toy with customers. Talk to the guy in the newsboy cap, and good luck!

To get into the Mudd Room, on the bluffs of the Mississippi in Old Mendota, you need to walk up a flight of stairs to a phone. Then you pick up the phone and wait for instructions to come from the other end of the line. Once in, you’ll find a long, subway-tunnel of a room with a low ceiling, a long bar and a stage at one end, where singers and musicians occasionally liven up the joint.

One of two modern speakeasies that invoke the name of the Minnesota Congressman who lent his name to the act that created Prohibition, Volstead’s Emporium is located in an unmarked location in the Lyn-Lake area of Minneapolis. It’s been described as “a creepy door in a creepy alley”—really a heavy, bolted door with a peep-hole next to a red light. If the red light is on, Volstead’s is open.

Located on the subterranean jail level of Duluth’s historic courthouse, the Rathskeller may offer the closest thing to a traditional speakeasy experience in Minnesota: Hidden from view, casual atmosphere, tap beer and plenty of whiskey. Just a inconspicuous place to have a few drinks out of public (mostly) view.

The Volstead House, the infamous Congressman’s other namesake, is situated in the St. Paul suburb of Eagan. Craft cocktails that evoke the Jazz Age and an interior speakeasy feel—it’s harder to sell the exterior in a strip mall location—is the vibe. The drinks are classics and the food is delicious.