The 9 Best Omelets in Minnesota! 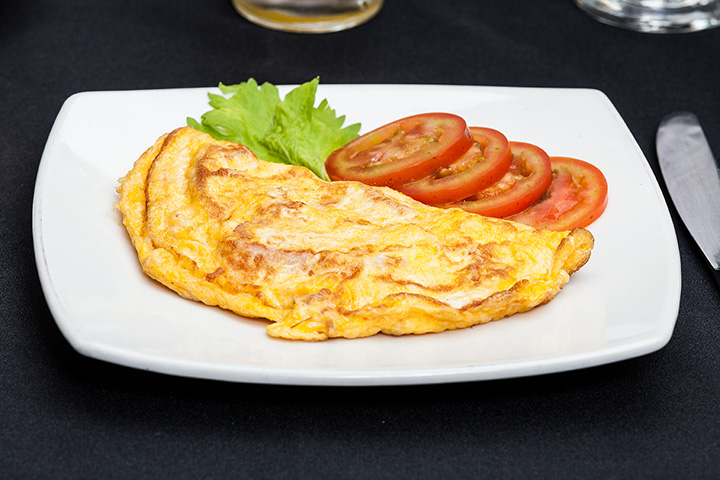 Sometimes breakfast is just better when it’s wrapped in on itself, which of course is why omelets are as beloved as much in the North Star State as anywhere else. No matter how you like yours cooked or stuffed, you’re sure to find one you love among these Minnesota breakfast spots.

This popular, award-winning breakfast and lunch spot serves up traditional American fare with a Latin American flair. Pablo’s Omelet—named for Maria’s youngest son—is no exception. This head-sized, three-egg omelet is stuffed with onions, tomatoes, rice, and refried beans. It’s served with the tasty house-made salsa, as well as a tortilla or arenas. Try it with a side of the house-recipe chorizo.

Duluth Grill is a Northland favorite that ends up on a lot of “favorites” lists. It makes this list because of its incredible Mediterranean omelet. Fresh basil and tomatoes, along with capers, roasted red peppers, Kalamata olives and chèvre cheers give this dish its distinctively delicious flavors. It’s served with your choice of toast, grilled kale, red fennel hash, or hashbrowns.

The Southwestern soufflé omelet at Good Day Café is worth waking up and putting on your sombrero for. With a zesty blend of jalapeños, onions, tomatoes, and pepper jack cheese, this dish will keep a smile on your face all morning long. As good as the stuffing is, it’s the eggs that are the star of GDC’s omelets. Light, fluffy, and thick, these eggcelent concoctions are sure to satisfy.

The eponymous omelet at Five West Kitchen + Bar is something you wouldn’t necessarily expect to see in Rochester, the health capitol of Minnesota. But that smoked pork belly is oh so good in that pepper jack cheese sauce! Fortunately, the Five West omelet also has onions, mushrooms, and peppers to help make for its more indulgent side.

The Uptowner Café in St. Paul’s eternally-hip Grand Avenue neighborhood has been a local fave for decades. One thing that keeps folks coming back for more is the chili cheese omelet. People love the Uptowner’s chili and the best way to get it early in the day is in omelet form. They throw in cheese and slap some sour cream on the top for good measure.

Not Justa Café (next door to Not Justa Bar) is a Bayport institution that has now expanded into a couple additional locations in Wisconsin. One of the things that makes this spot so popular is their giant four-egg omelets. Try the Italian with pepperoni, smoked ham, and mozzarella—it tastes like the breakfast Mama used to make in the old country! Okay, probably not. But it is quite delicious.

Grand Marais is not a big town, and the options for breakfast are pretty slim. In spite of knowing that it’s pretty much the only breakfast game in town, the Blue Water Café doesn’t slack off. For a real taste of the North Country, order the Voyageur omelet with Minnesota wild rice, tomatoes, onions, and mushrooms. This savory breakfast is served with your choice of toast, hashbrowns, or pancakes. Unfortunately, pillows aren’t provided for the nap you’ll need afterwards—so take advantage of the frequent coffee refills.

Weggy’s Mankato omelet is not unlike what many folks would call a Denver omelet, except for one thing: The addition of celery. This adds a fresh, cool crunch and a slightly bitter counterpoint to the sweetness of the ham, tomatoes, and grilled onions, making it a little more savory.

Main Café has another incredible omelet with a Mediterranean flair: The Gyros omelet. Stuffed with everything you'd expect to find in its pita counterpart—gyros meat (beef/lamb), onions, and green peppers—this omelet is a breakfast that may inspire you to shout, “Opa!”