The 7 Best Fusion Restaurants in Minnesota! 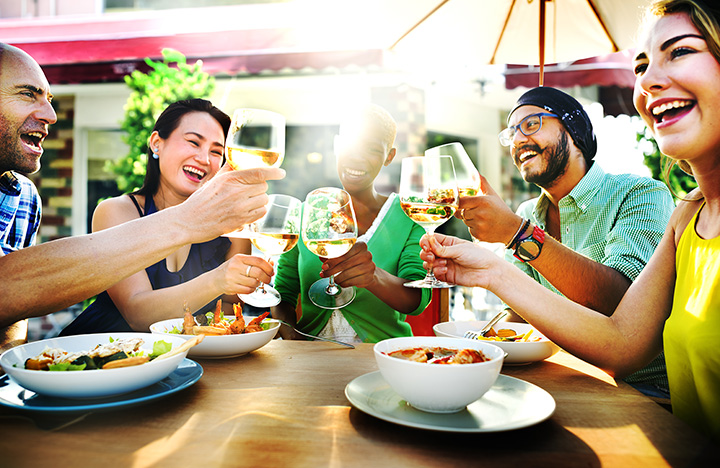 Fusion cuisine blends the best of two or more food traditions into a single culinary vision. Sometimes the results are truly extraordinary. Minnesota’s fusion eateries have done things right—combining the cuisines of Korea, Japan, Venezuela, Mexico, and more! These are some of our favorite fusion restaurants in the North Star State.

They don’t advertise themselves as a “fusion” spot, but the menu at Lake Ave. Restaurant and Bar reveals a distinct fusion style. With dishes like ssam from hyper-locally-sourced pork, yuca cannelloni, and the Lake Ave Noodle Bowl, which is a ramen concoction, it’s clear that the chefs draw from a global source of inspiration.

Asia Fusion is a popular restaurant that blends the best of Japanese, Chinese, Korean, Vietnamese, Thai, and Indian cuisines in its inspired menu. From Korean barbecue to spicy curry dishes, you’re sure to find something that to please your palate and make you come back for more.

You wouldn’t initially think “fusion” when you walk into Hola Arepa, a food truck plus brick-and-mortar establishment that specializes in a Latin American staple flatbread: Arepas. But the founder can’t hide her love for Asian cuisine, which is why you’ll find Eastern takes on Venezuelan classics like the shiitake cachapas.

Inspired by the foods of China, Japan, Thailand, Vietnam, and France, Wok in the Park fuses the flavors of these culinary traditions into the menu at its popular West End restaurant. They use fresh, locally-sourced ingredients and include plenty of vegetarian and vegan options among their dishes.

Vellee Deli slams Asian and Mexican cuisines into an amalgam of flavor. Its award-winning cruisine has been tickling the palates of downtown diners for more than half a decade. The chicken currito and dragon melt quesadilla are worth the daytime trip downtown.

Okay, so Pinoy Fusion is not exactly a restaurant: It’s a food truck with a regular location on University Ave. But several other spots on this list began as food trucks before adding a brick-and-mortar location, so why not jump on this Filipino-Chinese flavor wagon as soon as possible? Start with the Lumpiang Shanghai if it’s available!

At World Street Kitchen, the Middle East meets Mexico and then storms Asia. They bring together, and often blend, street foods from around the world. From the Yum Yum Rice Bowl to Korean beef short ribs and beef shawarma tacos, WSK’s food is full of big, fusion flavors.