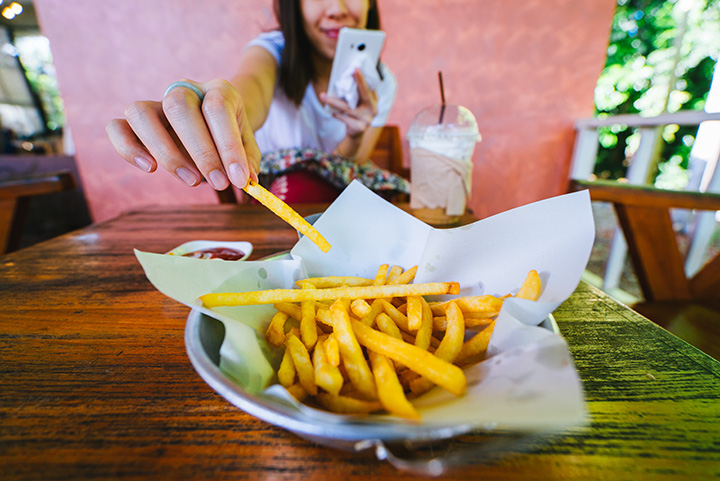 Trying to uncover just who has the best French fries in the entire state is no easy feat. But those local eateries that execute it the very best have garnered some attention. When it comes to everyone’s favorite potato-based creation, these 8 restaurants are tops!

Few lists that talk about fries in the North Star State do not mention Café & Bar Lurcat. Served in shiny pail on a perfectly white plate, Lurcat’s fries are the epitome of the perfectly-crisped potato, served with a tangy bearnaise sauce on the side to add an extra level of richness to the experience.

Val’s in St. Cloud was recently honored with a “Best French Fries in Minnesota” mention by WCCO in Minneapolis. This classic quick-serve buys the best of potatoes, fries them crisp, and tosses them in popcorn seasoning which adds a fine layer of flavor that clings to the potatoes without overwhelming them.

Known for decades for their award-winning burgers, the Lions Tap didn’t start serving French fries until the early 1970s—after more than 40 years in business. But they applied the same level of craft and quality to their fries as they did to their burgers, making them a delicious, addictive delicacy that keep folks from all around coming back for more.

Newt’s has long been acknowledged as one of the best burger joints in the Rochester area, so it’s no surprise that listeners of a local radio station pronounced Newt’s fries as the best in the city. Thick-cut, crispy, and salted to perfection, the French fries at Newt’s are the perfect complement to their award-winning burgers.

Barbette’s pomme frites epitomize what French fries should be. They’re crisp, golden, slightly, salty, and soft and steamy in the center. Served with ketchup and a saffron aioli, these fries could make you rethink their place on the menu as a side dish. Stop in during happy hour for a great glass of wine to go with a plate of discounted frites.

Big Daddy’s cuts their own French fries in house. Then they fry them to perfect, golden, potato-ey goodness that complements their renowned burgers. Like a little somethin’ somethin’ on your fries? Skip the burger and just get an order of Big Daddy’s chili cheese fries instead.

Size alone could defeat the crispiness of the fries at Red Stag Supperclub: Think steak fries the size of fish sticks. But triple cooking guarantees a consistent crunch. Meanwhile, parsley and garlic provide just the right complementary flavors for the soft, steamy, subtle potato flavor at the center of these French fries.

Like Barbette, Meritage is a restaurant that specializes in French cuisine. Unlike Barbette, this top-echelon establishment is far from casual. Even so, their French fry game is top notch. Whether you’re having the steak frites or just a plate of fries, you won’t be disappointed by the thin, crispy, salty perfection of the frites at Meritage.