The 8 Best Festivals in Minnesota! 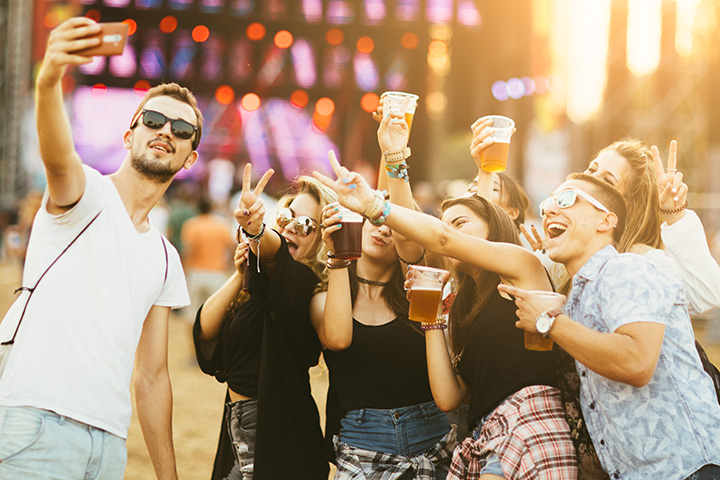 Everybody knows about the Great Minnesota Get Together (the State Fair), but there’s a lot more happening here than our biggest annual ritual. In spite of its reputation for brutal winters, Minnesota serves up fun all year long. So whether you’re into music, food, beer—or all of the above—you’re sure to find a festival that’ll put a smile on your face… no matter what season it is.

Sponsored by In the Heart of the Beast Puppet and Mask Theatre, this four-decades-old festival has morphed from a 70s hippie gathering in Powderhorn Park to the best people watching event of the year. Volunteers create hundreds of thematic papier-mâché figures—some are huge, multi-person puppets—and parade them through city streets from the Phillips neighborhood to the park. There you’ll find artists and vendors perform and sell their wares. Music, dragon boat rides, fire dancers, and all manner of folks celebrating nature, promoting positivity and stewardship.

Every summer, for more than eight decades, the city of Stillwater celebrates its heritage as a logging center. From a parade and fishing contests to lumberjack shows (think log-rolling) and races, this festival offers plenty of activities for the thousands of visitors that pack the town over the weekend. Cap off the evenings with live music and a fireworks show over the St. Croix River.

For three decades, Duluth has hosted one of the Midwest’s biggest music festivals at its gorgeous venue on its Lake Superior harbor. An annual lineup of national, regional, and local acts draws blues lovers from across the country every August. The thousands of visitors to the three-day event can strain the city’s lodging capacity, so if you’re planning on going, book early. If you don’t, you could end up miles from the party.

Ely is in the state’s northernmost part, spitting distance from Canada. Consequently, they have a little more winter to endure than much of Minnesota. Rather than hunker down and hibernate, though, the hardy folks from Ely throw a 10-day party. Visitors and locals alike, converge on the village every February to dance, drink, race on skis, and create gorgeous works of art... from snow. It’s like Ely is handing winter a giant clapback.

Tucked along the Minnesota River, between Shakopee and Jordan, is a village that seems out of time in the 21st century… except that most of the people walking around in 15th century European fashions are usually carrying a smartphone and wearing sensible shoes. After the state fair, Ren Fest is probably Minnesota’s most visited festival, and for good reason. A vast variety of vendors, food, and free entertainment mixed with a dash of suspended disbelief to transport visitors away for a day.

Settled by Germans, named after a German city, and home to Minnesota’s biggest brewery, New Ulm boasts the best Oktoberfest celebration in the state. Two weekends of events engulf this town, about 90 minutes southwest of the Twin Cities, with beer tents and accordion music. Folks who aren't even German show up to schottische in lederhosen and polka with steins in hand.

Cook County is home to the state’s biggest moose population. Every October, as moose shake off their shyness and begin their mating season, Grand Marais invites families to cut loose and celebrate Minnesota’s largest mammal. Moose Madness is three solid days of family fun, including art, educational activities, a kids party, and a scavenger hunt. A bike race and a kid-friendly foot race (the Moose Mosey) will help you work off the local brews and blueberry donuts.

The biggest winter party in Minnesota is the St. Paul Winter Carnival. It’s been around since the 19th century and encompasses 10 days of events of events at multiple venues through out the city. Fun runs, Red Bull Crashed Ice (downhill ice-skating) races, and a scavenger hunt feed the adrenaline junkies. Meanwhile, a concurrent Beer Dabbler is perfect for mellower folks.

9:30 AM
Celebration of the Lakes, Lindstrom, MN
Learn More
Feb
11

8:00 AM
Celebration of the Lakes, Lindstrom, MN
Learn More
Feb
12