The 7 Best Bars in Minnesota! 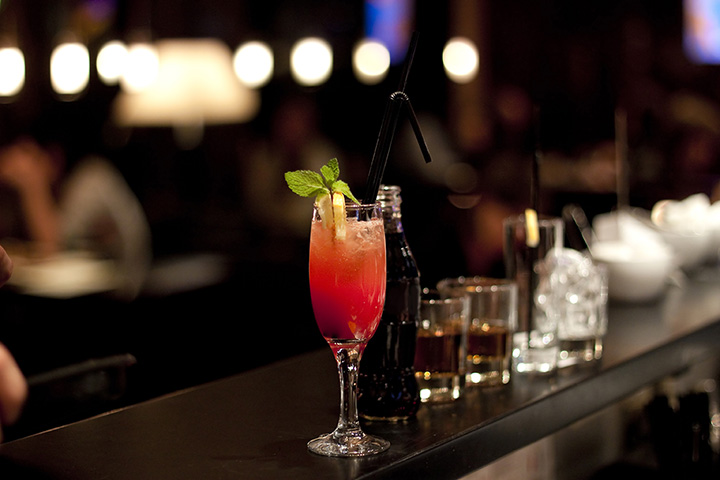 Whether you’re looking for a summer watering hole with a water view or simply a joint where you can hole up and wait out the winter, you’ll find it in Minnesota. Narrowing the field is no easy task, but you won’t be disappointed bellying up to any of these North Star State establishments.

A longtime stand-out in St. Paul’s historic Cathedral Hill neighborhood, the bar at Frost’s is easily one of the state’s best. Their master mixologists can whip up any of the classic cocktails that sitting in a century-year old building in F. Scott Fitzgerald’s old neighborhood may evoke. Original oil paintings and one of the Twin Cities’ best patios simply garnish the experience.

The Blind Pig is an awesome gastropub, but the real treasure here is in the basement. The Rathskeller is a speakeasy-style bar that’s housed in the former cellblock of Duluth’s old city hall. The exposed stone foundation and bare, industrial ceiling will have you feeling uneasy, unable to shake the notion that revenuers could bust in at any moment, raiding the joint as you sip your gin.

Yes, Number 4 may well be the fanciest bar in Mankato, but it also exudes an air of cool that’s rare in Central Minnesota. On the other hand, that may just be the whiskey talking. And it should: Number 4 has one of the largest whiskey selections in Mankato. If brown liquor isn’t your thing though, order up one of their generously-sized, perfectly-chilled martinis. They do them about as well as anyone in town.

The Half Time Rec is arguably the best neighborhood bar in St. Paul. It’s frequently honored with accolades like “Best Dive Bar” and “Best Bar to Take Out-of-Towners,” and it lives up to its reputation. Cheap drinks, regular live music, and an indoor bocce court in the basement keep the regulars coming back to this Irish-themed watering hole—and bringing along their visiting friends.

Despite its having a second “On the Lake” (South) location, it’s Whistle Binkies Olde World (North) Pub that was just named the best bar in Minnesota by Business Insider magazine. Rochester magazine also recognized the pub as having the “best bar food” in the city. Hearty food, a huge craft beer selection, and whiskey (all you want) keep the customers full and happy.

The original, narrow Eli’s on Hennepin pulls off a trick that few downtown bars can: It feels like a neighborhood watering hole but manages to draw enough foot traffic from offices and conventions that it’s often quite busy. The fact that it serves food into the wee hours doesn’t hurt (fried egg sandwich!), and neither does the house-infused tequila (unless you have one too many).

Tucked into the lower level of the St. James Hotel (they’re putting a lot of bars in basements these days, aren’t they?), the Port is another speakeasy-inspired joint in a port town. But that’s not a bad thing. The leather sofas and lounge chairs are plush, the tables low, and the drinks are strong… especially if Lori, who’s been there more than a decade, is mixing them.