The 9 Best Bakeries in Minnesota! 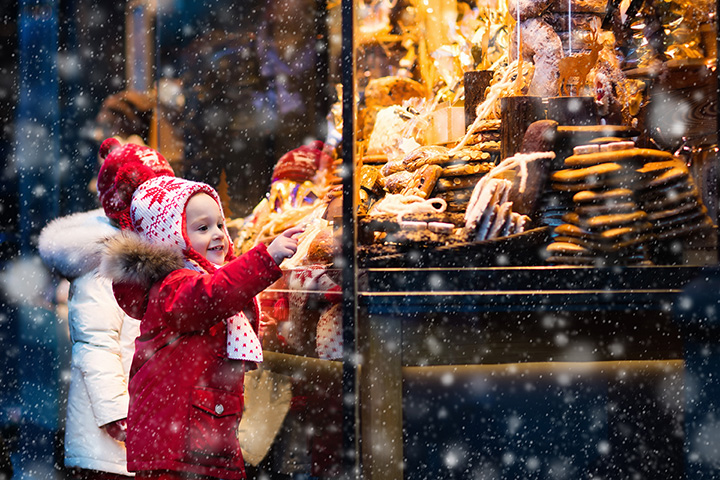 Long, cold winters and endless summer days spent outdoors make Minnesotans crazy for sweets. The North Star State is home to bakeries with some of the most delectable baked goods you’ll find anywhere. Looking for the “World’s Best Donuts?” We’ve got it. Looking for a delicious warm bagel to start your morning? Look no further. Here are our 9 favorite bakeries in Minnesota.

In a part of the country where Scandinavian influence is heavy, Minnesota is home to a few Scandinavian bakeries. However, few do Scandinavian as well as Anoka’s Krown Bakery & Eatery. Co-owners Sharaya Mickelson and Madi McCormick are keeping the Scandinavian tradition alive. Perhaps that’s because Madi spent over seven years working under renowned Scandinavian chef Eva Sabet. Madi and company roll out daily offerings that include gluten-free and vegan options. Put the almond and cheese sweet rolls on your bucket list.

A neighborhood spot opened in 2010 by acclaimed chef John Kraus, Patisserie 46 brings the flair of a French boulangerie to an unpretentious corner in South Minneapolis. The bakery (ranked 26th in the U.S. by the Daily Meal) offers a regular selection of breads, inlcluding, of course, baguette, as well as a sweets menu that ranges from eclairs to cofections like fleur de sel caramels.

An unassuming storefront in a tiny strip mall, Bread Art is a bakery force to be reckoned with. Bread Art offers a full selection of pastries and cakes—including custom wedding cakes—and artisan coffee to wash it down. But its real strength is, as the name suggests, artisan bread. So pop in for a coffee and a croissant, but don’t leave without a loaf of Old World sourdough or a wild rice boule.

Hanisch Bakery and Coffee Shop is small-town bakery that’s earned a lot of regional love: It was recently voted the best bakery in Minnesota. With a seasonal rotation of Polish specialties like a poonch-key, which the owners describe as a “Bismarck on steroids,” the bakery’s real draws are butter-cream-slathered cookies and its inventive donuts.

One of the state’s top artisan bakeries, this Minneapolis favorite now has outposts in Eden Prairie and the Mall of America. Founded by Steve Horton, the bakery was bought by and paired up with the local Dogwood Coffee brand in 2015. Fortunately, the quality of Rustica’s famous European-style breads and savory pastries has remained the same. But the coffee is much better.

Positively 3rd Street is a worker-owned bakery co-op in Duluth’s East Hillside neighborhood. What this means for you is you get fresh baked goods made by people who care for the quality of their products from top-to-bottom. Although its known for delicious bread loaves, like peasant rye and Uncle Paul’s, the bakery also happens to kick out killer cookies and boldly-flavored bagels. You can skip the schmear on the oatmeal date bagels.

Sarah Jane’s has been keeping residents of Northeast Minneapolis in sweets since 1979. Despite a change of ownership last year, the bakery maintains its high level of quality that keeps folks in Northeast coming back for cookies, bars and donuts. In fact, regulars may notice some slight improvements as the new owners are replacing shortening with butter in all recipes. Mmmmmm. Butter.

In business for more than five generations, the humbly-named World’s Best Donuts definitely has something going for it: Every year its guest register fills with visitors from aroung Minnesota, the U.S. and the world. Considered one of the must-visit places in Grand Marais (which has a lot of must-visit spots), the bakery regularly sells out of its daily donut run. Get there early to get your hands on one their blueberry donuts. You won’t regret the loss of sleep.

Bloedow’s has been a Winona favorite for decades, and was recently voted by the best donut shop in the state by viewer’s of Twin Cities CBS affiliate WCCO. Bloedow’s boasts a regular rotating schedule of filled donuts but also achieve a killer take on the lowly cake donut. Although known for donuts, Bloedow’s bread chops are not to be overlooked, particularly its selection of ryes.

View more Minnesota Bakeries and Pastry Shops.
Select a Minnesota town to find
the Best Things-To-Do and Places To Go around you